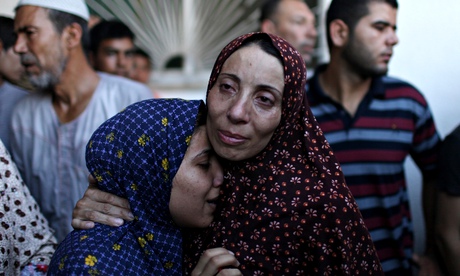 The Israeli military is on high alert in the West Bank, which has declared a ‘day of rage’ over the crisis in Gaza

The violence of the Gaza conflict has spread to the West Bank where six Palestinians have reportedly been killed and scores wounded in the past 24 hours in the biggest clashes with Israeli forces for several years.

The Israeli military was put on high alert in the West Bank on Friday, which has been declared a “day of rage” by Palestinian factions.

Three Palestinians were shot dead in the occupied West Bank in separate incidents involving both the Israeli army and a civilian who appeared to be a Jewish settler, medics and witnesses said.

In the first incident, 46-year-old Hashem Abu Marieh was killed in the Palestinian village of Beit Ummar near the flashpoint southern city of Hebron by Israeli soldiers, medical sources said.