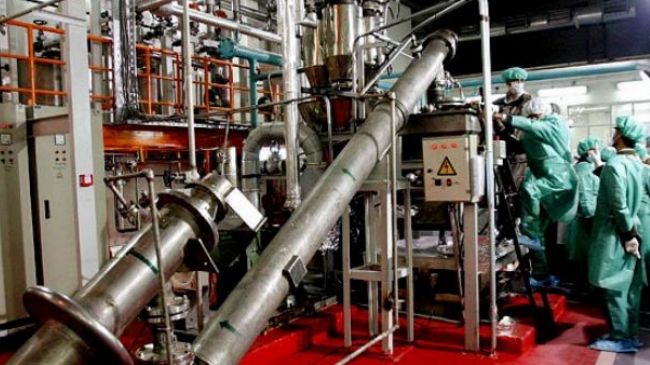 US Republican calls for bombing of Iran nuclear sites

A US Republican congressman has called for the bombing of Iran’s nuclear sites, saying in case of US hesitancy, Israel should be allowed to do that.

Speaking on the House floor on Tuesday, Republican Louie Gohmert said that Israel’s invasion of Gaza means that it is time to bomb Iran.

“It is time to bomb Iran’s nuclear capabilities. It is time for the United States, if we are not going to stop Iran’s nukes, then let Israel do it. A friend will not put another friend in this kind of jeopardy.”

Israel and the US accuse Iran of pursuing non-civilian objectives in its nuclear energy program and have used the pretext to threaten military strikes against the Islamic Republic. Iran has repeatedly denied the allegation, warning of a crushing response to any act of aggression against it.

Gohmert added that the US must cut its aid to any country that has relationship with the Palestinian resistance movement Hamas.

“It is time to cut off every dime of American money going to anyone who has any kind of relationship with Hamas or those killing in the Middle East, and especially in Israel,” he said.

Latest reports suggest Israeli air assaults and ground invasion of Gaza have killed more than 730 Palestinians, mostly women and children, and injured 4,600 others since July 8.

The rambling comments by the Texan lawmaker came just days after the International Atomic Energy Agency (IAEA) confirmed that Iran has has complied with the interim nuclear accord clinched between Tehran and the P5+1 over Iran’s nuclear energy program.

According to a Sunday report by Reuters, the UN atomic watchdog said in his latest report that the Islamic republic has eliminated its most sensitive stockpile of enriched uranium gas under the nuclear accord.

The two sides sealed an interim deal in Geneva, Switzerland, on November 23, 2013, for a six-month period. The deal, which took effect on January 20, expired on July 20.

Under the deal, dubbed the Geneva Joint Plan of Action, the six countries undertook to provide Iran with some sanctions relief in exchange for Tehran agreeing to limit certain aspects of its nuclear activities.