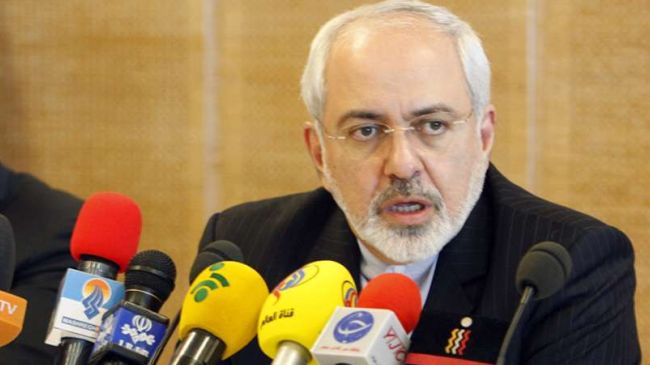 The Israeli regime has been violating human principles, international law and human rights since more than two weeks ago, Zarif said in an address to the meeting of the Parliamentary Union of the Organization of the Islamic Cooperation Member States’ (PUIC) Presidential Troika in Tehran on Tuesday.

“The Zionist regime [of Israel] used the most advanced armaments and flagrantly carried out ground, air and sea aggression on the Palestinian land,” he added.

In an organized and purposeful move, the Israeli regime seeks the killing and “blind genocide” of the Palestinian people, he said.

The Iranian minister lamented the humanitarian situation in Gaza and stated that the Israeli regime targeted non-military sites including homes, medical centers, mosques, state institutions and even media crew in the besieged territory.

The international community, the UN Security Council and the United Nations Commission on Human Rights (UNCHR) as well as all peace-loving countries and Muslim states shoulder a heavy responsibility to help put an immediate end to Israel’s aggression and lift the blockade on Gaza, he pointed out.

“The Islamic Republic of Iran is fully prepared to immediately dispatch its humanitarian aid such as relief supplies, medicine and foodstuff,” Zarif said.

He also expressed Iran’s readiness to admit the Palestinians injured in Israel’s offensive against the blockaded Gaza Strip.

Latest reports say Israeli raids have killed 624 Palestinians including women and children and injured 3,700 others so far. Around 30 Israelis have also been killed in the war.