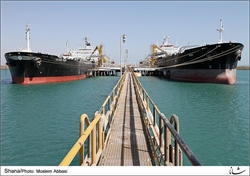 Iran’s petrochemical exports up 6 per cent

Mohammad Hassan Peivandi said that during the first three months since the beginning of Persian New Year (beginning March 21) petrochemical products export rose by 6.5 per cent compared to the same time previous year.

“The export value also up 13 per cent only in three months,” said he.

Above 40 million tons of petrochemical products were produced during the last Persian year in the country, which bring $ 9 bn in income for the country.

Despite sanctions during the recent years, Asian and African countries still remain as largest costumers of Iran petrochemical products.

With nuclear deal signed in Geneva between Islamic Republic of Iran and P5+1 and partial ease of sanctions, delegations entered Tehran to invest in petrochemical industry of the country.