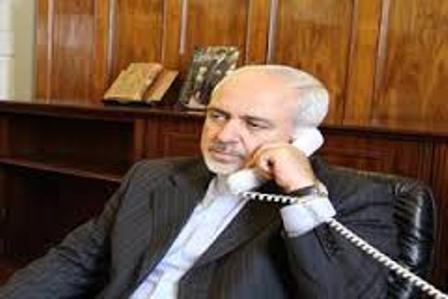 The two foreign ministers discussed the latest developments on the battlefield in Gaza.

The Zionist regime began disproportionate bombardment of civilian targets in Gaza from the air, land and the sea since July 8 which has claimed more than 500 lives so far.

Reporters in Gaza say that Israel is pursuing ethnic cleansing in Gaza and deliberately seeks to take heavy tolls on the civilians enjoying support from Washington.