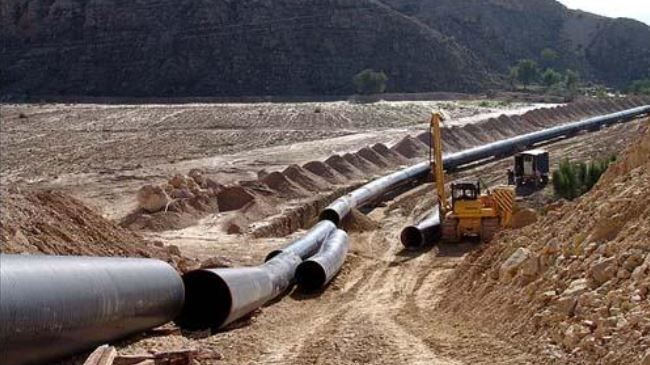 Iran gas exports to Iraq to start in 2015: Iranian official

“After the completion of infrastructure, pipe testing and the installation of measurement systems, Iran’s gas will be exported to Iraq early next year,” Deputy Oil Minister for International Affairs and Trade Ali Majedi said on Wednesday.

He added that Iran has agreed to export 25 million cubic meters (mcm) a day of gas to Iraq, adding that the gas delivery will start at seven mcm per day.

“The contract for Iran’s gas exports to Iraq had been [initially] struck for four years, but under an agreement recently reached between the two country’s energy ministers, the duration extended to 10 years,” said Majedi.

He noted that Iran has already built 80 percent of its 100-kilometer section of the 270-kilometer pipeline stretching from the village of Charmaleh, located in Iran’s western province of Kermanshah, into the town of Naft Shahr on the border with Iraq.