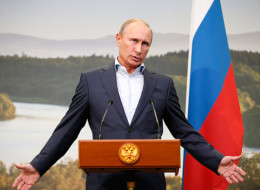 TEHRAN, July 23 (MNA) – European Union has agreed to impose tougher sanctions on individuals and companies with ties to Russia.

The ministers agreed to draft a new list of Russian entities and individuals by July 24 to be added to the 63 names already targeted by sanctions.

The 28-member bloc says that the new sanctions will target Moscow’s financial and defense sectors.

EU foreign ministers met on Tuesday for the first time since a Malaysia Airlines plane crashed in eastern Ukraine.

Malaysia Airlines Flight MH17 went down on July 17 in the volatile Donetsk region in eastern Ukraine while en route from the Dutch city of Amsterdam to Kuala Lumpur, killing all 298 passengers and crew members on board.

Some European leaders have accused pro-Russians of shooting down the MH17 passenger airliner and said Russia has been involved in backing the rebels with arms and fighters.

Moscow has argued that there is no evidence available to prove that the pro-Russians were involved in the incident.

Last week, Russian President Vladimir Putin warned that new sanctions against Moscow by the US would hurt bilateral ties and Washington’s own interests.

In April, Ukraine launched military operations in the country’s eastern regions of Donetsk and Lugansk to quell the pro-Russia protests there. Violence intensified one month later after the two flashpoint regions held local referendums, in which their residents voted overwhelmingly in favor of independence from Ukraine.

Since the beginning of the crisis in Ukraine last year, the United States and the EU have imposed sanctions on numerous Russian officials for what they perceive as Moscow’s refusal to ease tensions in Ukraine.

European leaders had announced softer measures against Moscow on the same day but the plane crash has renewed calls to punish Russia for its role in the Ukraine crisis.