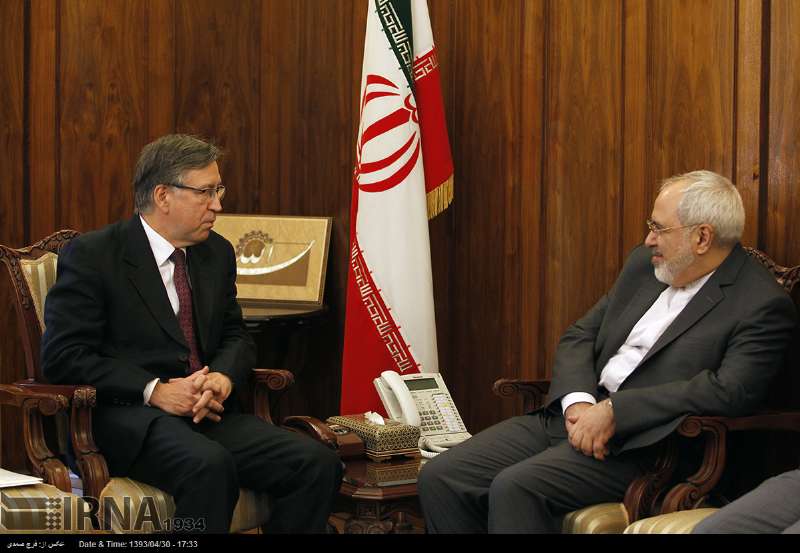 TEHRAN, July 22 (MNA) – Receiving the new Iceland ambassador to Tehran, Iranian FM has emphasized on expansion of relations between the two countries.

Mohammad Javad Zarif received the new Iceland ambassador’s credential and maintained there were good conditions for cooperation between officials of the two countries.

In the meeting with Gunnar Pálsson, Zarif hoped for expansion of relations between Tehran and Reykjavik and asserted that all capacities of both sides should be used for that.

New representative of UNHCR in Tehran

On Monday Zarif also received the credential of new representative of UN High Commissioner on Refugees in Tehran.

Iran’s foreign minister in the meeting pointed to the current conditions in Iraq and other neighboring countries emphasizing on crucial role of UN High Commissioner on Refugees in the region and added that it was also of great importance for the Islamic Republic of Iran.

Zarif told Sivanka Dhanapala that stability and peace were very important in Afghanistan and hoped for good future in this country.