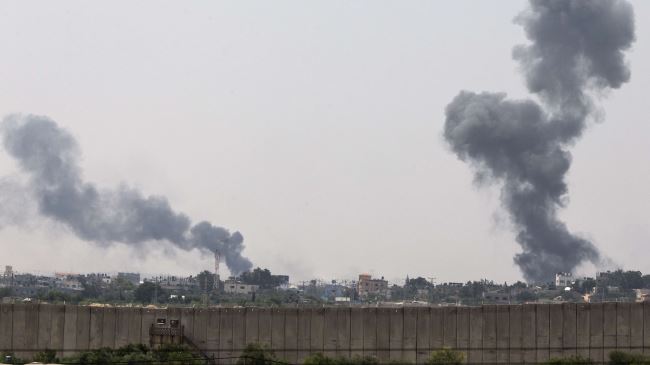 The Palestinian ambassador to Iran has called on all Arab and Muslim countries to throw their weight behind Palestinian resistance groups against Israel’s offensive on the Gaza Strip.

On Tuesday, Salah al-Zawawi expressed hope that Islamic states would announce that Palestinian resistance fighters represent all Palestinians, Muslims and Arabs in the world.

More than 600 Palestinians, mostly women and children, have been killed in the Tel Aviv’s offensive.

Palestinian resistance fighters have also retaliated against the deadly Israeli attacks by firing a barrage of rockets deep into the Israeli-occupied Palestinian territories. They have also killed some 30 Israelis in their retaliatory operations.

Zawawi also highlighted the “strong unity” among Palestinians, saying, “Our hero fighters … are seeking the liberation of Palestine.”

The Palestinian envoy further hailed the constant support of Iran and other Muslim countries for the Palestine issue.

“The Palestinians would never forget that Muslim and Arab countries have stood by our side all through these years and that the Palestine issue could not last without their help and support,” he also said.

He then praised Leader of the Islamic Revolution Ayatollah Ali Khamenei and said Palestinians “would never forget the stance of the Islamic Republic and believe we would not be where we are today without their support.”