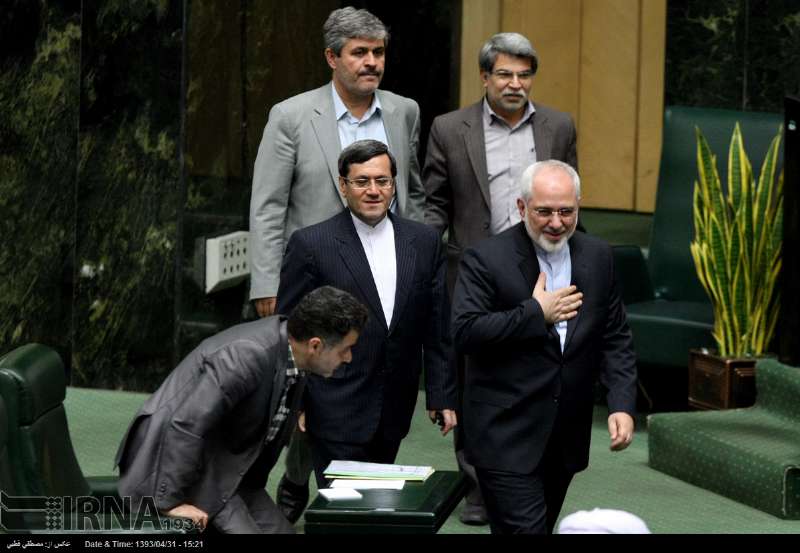 He told reporters after Foreign Minister Mohammad Javad Zarif briefed the parliament on latest rounds of nuclear talks in Vienna.

Talking about the reasons behind the extension of negotiations, Nemati noted that G5+1 representatives have already accepted Iranˈs right for enrichment but there were some differences between the two sides in case of the enrichment capacity requiring to extend the deadline.

He appreciated meritorious services of the Iranian diplomats in the course of negotiations with representatives of the western governments.

The lawmakers invited Zarif to a closed door session this morning to get to know about details of nuclear talks with G5+1 in Vienna.

Zarif told the MPs about progress in the nuclear talks, issues of discord, and positions of the western governments.

Iran and the five permanent members of the UN Security Council plus Germany agreed on the extension of their talks until November 24 with a view to achieving a Comprehensive Agreement.

Both sides have said they have reached common ground on many key issues after six rounds of marathon discussions in the Austrian capital of Vienna this year, but some serious gaps remain to be narrowed.

The two sides sealed a landmark interim deal in Geneva, Switzerland, on November 24, 2013. The agreement took effect on January 20.

Under the deal, dubbed the Geneva Joint Plan of Action, the six countries undertook to provide Iran with some sanctions relief in exchange for Iran to limit uranium enrichment not higher than five percent for a six-month period.