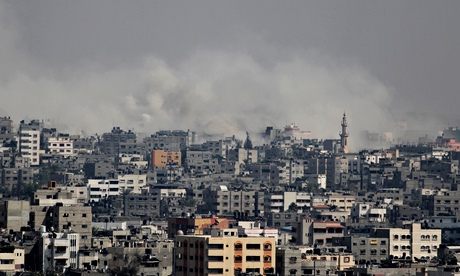 Israel continued to pound Gaza overnight, including hitting 100 targets in Shujai’iya, the scene of the most intense fighting of the conflict, as the Israeli military confirmed that one of its soldiers was missing.

Hamas claimed on Sunday that it had captured an Israeli soldier, named as Aron Shaul, during the intense battle in Shujai’iya.

Hamas and Islamic Jihad reportedly agreed to a five-hour pause in the fighting. However, Haaretz quoted senior Israeli officials as saying a humanitarian ceasefire was “not on our agenda right now”.