Velayati: Iran would not accept ‘working in laboratory condition’ 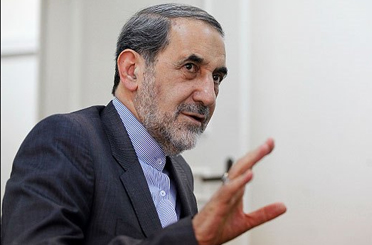 TEHRAN, July 21 (MNA) – International Advisor to the Leader of the Islamic Republic has said Iran would not accept prolonged quarantine and ‘working on laboratory condition.’

In an interview to Mehr News international service, Ali Akbar Velayati responded to questions about the latest developments in the region, Iran’s nuclear issues, and domestic politics.

Velayati is the head of Strategic Research Center of Expediency Council. Asked about John Kerry’s recent remarks that the US had taken seriously the Leader’s fatwa banning nuclear weapons, Velayati said that the US should recognize the undisputable rights of the Islamic Republic had they been to avoid failure of the negotiations. “If the US and its allies do so, and Iran is given its rights, then it is possible that they would score success in the negotiations; however, if they remain intransigent in matters of no legitimate basis, for example, prolonged quarantine and working in laboratory conditions, definitely, Iran will not accept it,” Velayati told Mehr News international service.

Velayati criticized the general unorganized state of affairs among negotiating partners as “the 5+1 are not a coherent whole; for example, British Foreign Secretary William Hague has resigned;” “I think there should be a 7th party to the negotiations with the task of coordinating the sextet and of uniting their collective positions,” he proposed.

“It is true that once during negotiations, 5+1 were unified in their positions; however, Iran stands strong by its rights; we insist upon 190000 SWUs for scientific and research purposes and operating Fordow and Arak heavy water complexes, and Iran will not abandon these demands easily,” said he, and that “Iran had encountered many difficulties, and people as well as the government support nuclear ‘undisputable’ rights.”

“When six countries came together with promises from the US and passed sanctions against Iran, they expected to see Iran’s compromise and acceptation of US terms; however, Iran did not do so,” Velayati asserted. “the EU countries see China’s extensive trade with Iran; Iran and China has tens of billions of dollars trade balance, either in energy or other goods; Russia and China could not restrain the US hegemony in the Middle East and North Africa without a hand from Iran,” Velayati went on to say. “So, Iran and Russia have more close relations than they did before,” he added.

“EU countries want close ties with Tehran, which undermine US policies; this is the root of discord among the six states negotiating with Iran, which brought talks to a failure,” Velayati said.