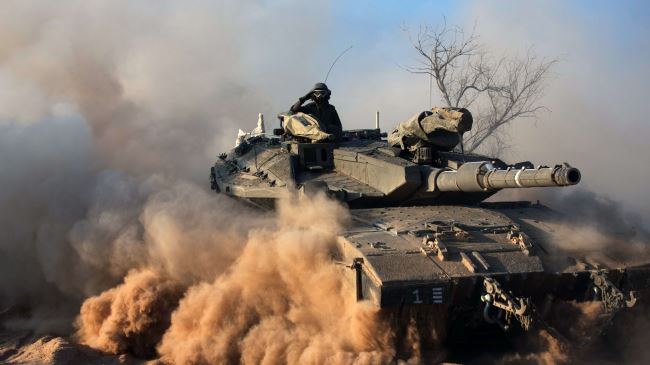 Israeli military sources have confirmed the deaths of at least 22 Israeli soldiers since the beginning of offensive against the besieged Gaza Strip.

Al-Qassam Brigades, which is the military wing of Hamas, says Palestinian resistance fighters have killed at least 40 Israeli soldiers since Saturday.

Palestinian fighters also say they targeted an Israeli Merkava-4 tank in the east of Gaza City on Monday.

Hamas has fired 50 retaliatory rockets into Israel. Warning sirens have sounded in Tel Aviv, Yavne, Gadara, Ashkelon, Ashdod, and many other places over the past few hours.

The developments come as UN Security Council has expressed serious concern over the growing number of casualties in the impoverished territory.

Reacting to the outcome of the Security Council’s meeting, Palestine’s envoy to the United Nations Riyad Mansour said on Monday that Palestinians hoped the Council would adopt a resolution to slam the Israeli aggression.

This is while anti-Israeli rallies are being held worldwide in condemnation of Tel Aviv’s ongoing atrocities against Palestinians, urging an immediate end to bloodshed in Gaza.

Pro-Palestinian protests have turned violent in France with angry demonstrators clashing with security forces in a Paris suburb.

A group of US demonstrators, joined by anti-Zionists, has gathered in front of the White House to protest Tel Aviv’s escalating ground and aerial offensives.

Similar rallies have been held in the Netherlands, Austria, Chile, Lebanon, Jordan, Turkey, Britain, Morocco, Bolivia, and Australia, among others.