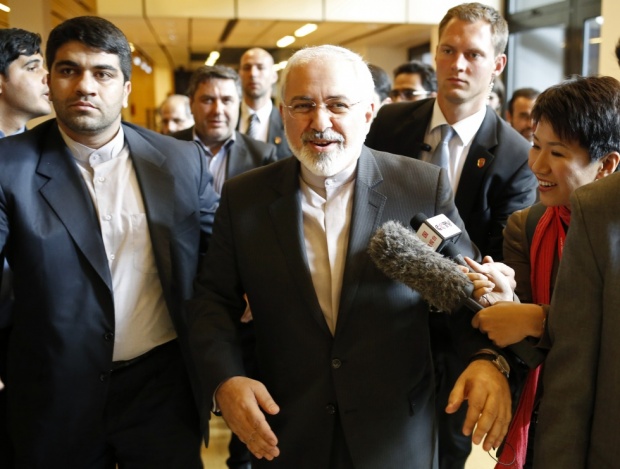 By exaggerating the level of opposition in the security establishment towards a long-term nuclear deal with the West, Iran’s hardliner aim to affect the leader’s calculus

As the nuclear talks between Iran and six world powers was drawing to a close last week, Iranian hardliners gathered in a conference suitably dubbed as “red lines”.

Coming on the heels of another conference (dubbed “we are worried”) just a few months previously, this latest gathering is a clear indication of the hardliners’ intent to apply pressure on the government at every stage of the negotiations.

While on the face of it some hardliners appear to be against any deal on the nuclear issue, most are seeking to maximally influence the outcome of the negotiations, which have now been extended to November.

There are two factors that will determine whether the hardliners can achieve their goals in the next four months; namely the extent to which they can attract a critical mass of the conservative establishment to their cause and the level of covert support they can muster from the security and intelligence services.

One of the key features of the hardliners’ public shows on the nuclear issue is a sweeping and emotional narrative on the subject. This is not surprising of course, as by definition the right wingers purport to oppose the negotiations on ideological grounds.

In the latest gathering the star of the show was one Saeed Ghassemi, a veteran commander of the Iran-Iraq War and a vociferous critic of the government. Whilst Ghassemi does not speak in any official capacity, his apparently intense sincerity and impassioned eloquence appeals to hardline factions in the Islamic Revolutionary Guards Corps (IRGC) and the broader security establishment.

A signature trademark of Ghassemi and likeminded ideologues is their conscious positioning well to the right of Iran’s leader Ayatollah Khamenei. This was in sharp relief at last week’s “red lines” gathering where Ghassemi claimed that if the leader’s stated position, namely that he is not “optimistic” on the outcome of the negotiations, doesn’t come to pass then “we” must say “goodbye” to the leader.

Notwithstanding Ghassemi’s propensity for hyperbole, radical posturing of this sort can be interpreted as warning shots by the right wing factions and their allies in the IRGC and the broader security establishment.

But what exactly are these hardline elements trying to obtain and to what extent (if any) do their “red lines” diverge from the stated position of the leader?

The leader has already set out his red lines in a speech to the personnel of the Atomic Energy Organisation of Iran in April. Presented as six items, these red lines revolve around the preservation and expansion of nuclear-related knowledge and a taboo on the decommissioning of nuclear-related facilities and infrastructure.

More recently in early July, Khamenei called for a 10-fold increase in centrifuges (related to uranium enrichment), from the current 19,000. But by not defining a timeline and apparently envisaging this expansion in the mid to long term, Khamenei has given sufficient leeway to Iranian negotiators to potentially reach a deal with their Western counterparts.

By avoiding specific details, and by framing their ostensible opposition to a deal by appealing to general anti-American and anti-Western sentiments, the hardliners signal that they are not necessarily opposed to the peaceful conclusion of the nuclear dispute, but by what may ensue afterwards, namely normalisation of ties with Washington.

To achieve this effect, the hardliners are applying pressure on the government to make minimal concessions, in the hope that the final deal is not built on solid foundations, and therefore is vulnerable to modification or even abandonment at some point in the future.

But to be successful the hardliners need to reach out beyond their immediate constituency and mobilise a critical mass of prominent voices from the conservative establishment.

There was little evidence of this on display at the latest gathering which was mostly attended by politicians from the right-wing “Paaydari” (Resistance) faction of the Iranian parliament. Mohiyehdeen Haeri-Shirazi – a member of the Assembly of Experts – was one notable exception, but he struck a moderate tone at the conference by expressing confidence on the integrity of the Iranian negotiating team.

Despite a lack of support from the conservative establishment, the hardliners may yet be able to achieve some of their goals, provided their secret support network in the security establishment delivers for them in the next four months.

While officially the IRGC is fully aligned with the leader on the nuclear issue, there is no doubting that some senor IRGC commanders in addition to influential elements from the broader security establishment have deep misgivings on a credible and long-term deal.

Similar to the right-wing ideologues and politicos, hardline factions in the security establishment are not necessarily opposed to a deal in principle but by the repercussions of any agreement and the possibility of rapprochement with the United States.

But how can disaffected elements in the security establishment help the hardliners and will it be enough to materially affect the outcome of the negotiations? Foremost, they can leak information to hardliners with a view to embarrassing the Iranian negotiating team, in addition to lobbying the upper reaches of the IRGC to stake out a tough position in the closing stages of the negotiations.

The hardliners will be aiming to affect the leader’s calculus by exaggerating the level of disaffection and opposition in the IRGC and the broader security establishment.

But even if they achieve this effect there is no guarantee of success as the final say rests with Ayatollah Khamenei. Hitherto, the balance of evidence suggests that Iran’s leader wants the negotiations to succeed and is trying to create the right conditions for the negotiators to strike a deal that is favourable to Iran.