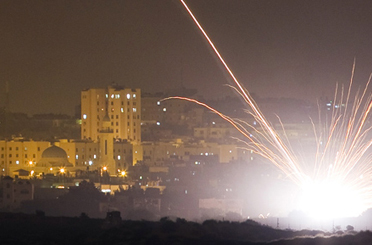 United Nation chief Ban Ki-moon who was on a tour in Middle East condemned attack on Shejaiyah area in eastern part of Gaza which lead to killing of over 50 civilians, hundreds of injuries.

Mr Ban highlighted that many innocent civilians are dying in Gaza many of which are women and children.

“Israel must exercise maximum restraint and do far more to protect civilians,” he added.

Ban Ki-moon urged immediate ceasefire and quick end to Israeli military operation in Gaza, saying that “Gaza is an open wound. We must stop the bleeding now.”

On his tour to regional countries, UN chief called for a return to talks for two-state solution.

Israeli army has launched an intensified campaign against besieged Gaza since July 8 which has killed over 500 Palestinians and injured more than 3000 people. Medics and international humanitarian organizations have confirmed that over 80 percent of victims were women and children.