British business in race to return to Iran 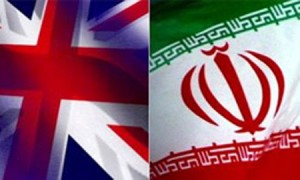 TEHRAN (ISNA)- British companies are impatient to go back to the Iranian market as the process of nuclear talks is speaking of ease of sanctions on Iran.

Flights to Tehran from the Middle East business hub that is Dubai are booked out with international company executives these days.

Growing numbers are making the two-hour trip to Imam Khomeini airport in preparation for the eventual easing of rigorous economic sanctions that have crippled the Iranian economy and deprived global companies of potentially billions of dollars worth of contracts.

“A lot of companies are already using Dubai as a springboard to Iran,” says Henry Smith, Iran analyst at Control Risks. Emirates Airline operates three daily services to the capital of Iran – more than it currently runs to Cairo – partly to serve rising demand from business.

Although a final deal between Iran and six world powers was unreachable this weekend, both sides agreed to keep working towards an agreement, which could materialize in the next four months. Meanwhile, companies are gearing up for the time when they will be permitted to again do business in the Middle East’s sleeping economic giant.

Hopes were raised amongst western companies after the preliminary deal reached with Iran in Geneva gave limited sanctions relief in return for halting some nuclear work.

“The working assumption from many of our clients is that sanctions against Iran will eventually be lifted,” says Smith.

Iran, the Middle East’s third-largest economy after Saudi Arabia and Turkey, has vast potential to grow if it could be helped by foreign investment to unlock the potential wealth that could be generated by its vast oil and gas resources. However, foreign companies were virtually frozen out a decade ago by sanctions intended to bring an end to the country’s nuclear activities.

“Iran needs 6-8pc growth to get enough people in work and because of sanctions over the past 10 years they haven’t been able to do that,” says Sir Richard Dalton, a former British ambassador to Iran in 2006, in an interview with The Sunday Telegraph.

According to the Economist Intelligence Unit (EIU), an interim deal on nuclear enrichment would reopen the country of approximately 80m and allow it the chance to get growth back to levels above 5pc from the current 1.5pc.