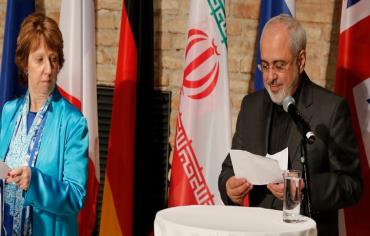 VIENNA – Israel is not opposed to an extension of talks between world powers and Iran over its nuclear program, Israeli government officials said over the weekend, after six months of negotiations failed to secure a comprehensive deal by the July 20 deadline.

Diplomats at the table – from the United States, United Kingdom, France, Russia, China, Germany and Iran – have now granted themselves another four months to hammer out an agreement, after claiming enough progress in their efforts to justify more time.

“It would be better for us to have an extension than to have a bad deal,” one Israeli official told The Jerusalem Post. “The worst outcome would be a bad deal.”

Israeli officials were skeptical when a short-term deal was reached last November that ostensibly froze the nuclear crisis, providing time and space to diplomats for the hard talks currently under way. That agreement, known as the Joint Plan of Action, has now been extended until November 24.

“Our problem with the interim agreement wasn’t the P5+1 talking to Iran, but reducing the pressure from them,” the Israeli official continued.

Announcing the extension well past midnight in Vienna on Saturday morning, Obama administration officials insisted that pressure will remain: The US will continue to enforce sanctions “vigorously,” Secretary of State John Kerry said in a long written statement to the press, and the “vast majority” of Iran’s frozen oil revenues will remain inaccessible.

“To turn our back prematurely on diplomatic efforts when significant progress has been made would deny ourselves the ability to achieve our objectives peacefully, and to maintain the international unity that we have built,” Kerry said, suggesting his team may very well achieve an agreement within four months that “makes the entire world a safer place.”

But explaining the need for more time to members of Congress last week – many of whom have been wary of Iran’s intentions in the talks, and of the futility of the effort – Kerry reportedly suggested that new sanctions legislation “triggered” by diplomatic failure might provide the pressure required to push the Islamic Republic toward acceptable terms.

One congressional source, who attended the breakfast meeting, said Kerry expressed openness to such a bill while also acknowledging that the White House had not revisited its policy on new legislation since deciding to extend the talks.

Clarifying that position in an evening phone call with reporters, senior administration officials denied any change in White House policy, which includes the threat of a presidential veto should such legislation reach the president’s desk.

One official said that Israel had come around to the Joint Plan of Action, surprised at the rigor of sanctions enforcement from the US and its allies.

The US has engaged Israel in constant consultations since that document was forged, the official said, increasing Israel’s visibility in the process.

“Ultimately, though an agreement is likely to leave Iran with a more substantial nuclear capability than Israel would prefer, a deal is very much in Israel’s long-term interests,” said Matthew Bunn, a professor at the Belfer Center for Science and International Affairs at Harvard University. “A nuclear deal with the P5+1 would change the politics of the nuclear issue in Iran, weakening the bomb advocates and strengthening the advocates of restraint.”

Israel would like to see a complete dismantlement of Iran’s nuclear infrastructure. The US, alternatively, seeks a “significant reduction” from that existing infrastructure such that Tehran is incapable of producing a nuclear weapon, and strict verification guarantees that those caps remain in place over the course of no less than a decade.

Yet six months after negotiations began, on the day that a comprehensive solution was meant to be complete, Iran appears far from prepared to meet either of those standards.

In an interview with The New York Times last week, Iranian Foreign Minister Mohammad Javad Zarif effectively suggested a long-term extension of the Joint Plan of Action, which temporarily caps Iran’s enrichment capacity and production in exchange for slow but steady sanctions relief from the international community.

After roughly seven years, Iran would then be treated just like any other country that has signed the UN Nuclear Non-Proliferation Treaty.

Questioned by the Post on the proposal, senior US officials said that the White House would not entertain such an agreement, and suggested that Zarif might have been playing politics through the Times leading up to the July 20 deadline.

“Minister Zarif is a very skilled communicator,” one official said.

Rep. Ed Royce (R-California), chairman of the House Foreign Affairs Committee, criticized the extension as giving in to Iran, whose leaders, he said, are simply buying time for their nuclear work.

“I don’t see an extension of funding to Iran as progress,” Royce said.

“It looks like the Iranians won extra time with a good cop, bad cop routine, backing off the supreme leader’s absurd claim for 190,000 centrifuges.”

Mere days before negotiations intensified here in Vienna ahead of the deadline, Iranian Supreme Leader Ayatollah Ali Khamenei suggested increasing, not reducing, Iran’s uranium enrichment capabilities, to a capacity amounting to roughly 10 times what Western negotiators have sought for months.

“The Obama administration would be better served by threatening to walk away from these talks unless Iran abandons its unacceptable positions than to maintain talks for the sake of talks,” said Mark Dubowitz, executive director of the Foundation for Defense of Democracies in Washington.

“Process should never be a substitute for results, especially if the process becomes a distraction to achieving those results.”

And yet the alternative to an extension is unclear; a breakdown in diplomacy, initiated by the Obama administration, would lead to major rifts between Washington and its allies, White House officials said.

“The continuation of talks on that basis is far preferable to ending them,” said Dylan Williams, director of government affairs at J Street. “If negotiations were cut off now, the strongest international sanctions on Iran in history could fray and unwind… Iran would likely eject inspectors and fire its nuclear program back up to previous levels or beyond.”

Calling the extension a good move on the part of the American president, Bunn agreed that a failure to extend the talks would undermine existing sanctions.

“If the United States were to reject an extension now, it would seriously undermine the sanctions effort, as Russia, China and many nonaligned countries would see the United States, not Iran, as the cause of the breakdown,” he said.

White House officials said US negotiations with Iran are restricted to Western concerns with the Iranian nuclear program and its military dimensions – not, as critics fear, an attempt at a larger rapprochement with the Islamic Republic, at the possible expense of President Barack Obama’s nonproliferation priorities.

And yet one such official in Vienna said the White House would use its newly public, high-level channel of communication with the Iranians to express concern with their continued shipment of rockets and arms to Hamas in the Gaza Strip, suggesting an unprecedented series of bilateral meetings in the Austrian capital – three between Kerry and Zarif in three days – were not solely focused on the nuclear file.

Israeli officials contacted for this report said that, despite dramatic developments in Gaza, Prime Minister Binyamin Netanyahu’s foremost foreign policy priority is preventing Iran from developing nuclear weapons, and ensuring the success of diplomacy now at a critical juncture in Vienna, with Israel’s security terms respected.

“The existential threat to Israel remains,” one official noted.