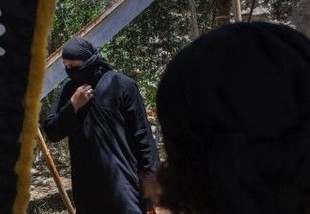 TEHRAN, July 20 (MNA) – The head of ISIL has reportedly announced the first Islamic Emirate in Europe.

Media reports say Abu Bakr Al-Baghdadi, the leader of the ISIL, who was addressing the Jihadists in Europe, expressed hopes that “soon, following the fall of Andalusia, ISIL will found its emirates after establishing Islamic Caliphate in Iraq and Levant – with reliance upon their powers.” The same sources said that the meeting was a plenary congregation of members who participate in the same cause and gained profitable experiences in operations.

According to Al-Baghdadi’s fatwa, European lives, properties are Mubah (subject to individual whim), and any Jihadist who has sworn allegiance with the Caliphate can submit their appeal for establishing Islamic Emirates in Europe after recruiting 10 dedicated volunteers and will be granted a legitimate license. In each country, only one Emirate could be legitimately licensed and all other Jihadists should swear allegiance indisputably with the appointed leader.

The fatwa has created a wave of hope, jubilance, and satisfaction among the European Jihadists.