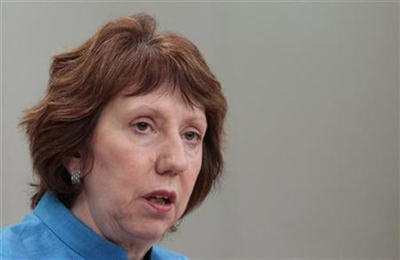 World powers expect European Union foreign policy chief Catherine Ashton to lead nuclear negotiations with Iran during a four-month extension of the talks, even though she leaves her EU job in late October, a senior Western diplomat said on Saturday.

Iran’s President said targeted scientific effort is the main expectation from the country’s universities, and called on the Iranian scientific elites to find proper solution to the existing problems in the country.

A senior Iranian legislator warned that Tehran will resume its program for enriching uranium to 20% grade if the negotiations with the Group 5+1 (the US, Russia, China, Britain and France plus Germany) fail to yield results.

China and India are major costumers of Iran’s crude, buying 65 percent of the country’s oil exports, an Iranian official says.

Iran has defined a six-point plan for the gas sector under the country’s sixth five-year economic development plan which starts in March 2015, director for planning of National Iranian Gas Company (NIGC) said.

Iran was crowned as Asia’s best basketball team after overpowering Chinese Taipei in the Final match of FIBA Asia Cup 2014 on Saturday.