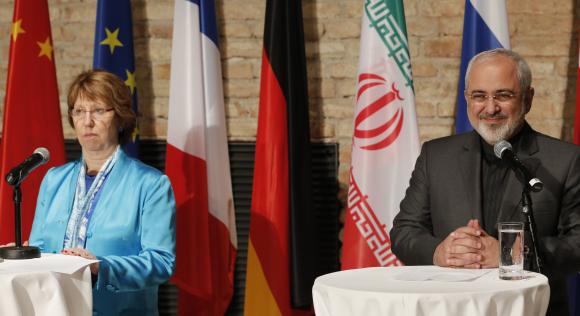 (Reuters) – Iran has moved to eliminate its most sensitive stockpile of enriched uranium gas under an interim nuclear deal with six world powers reached last year, according to a monthly U.N. nuclear watchdog update obtained by Reuters on Sunday.

The report by the International Atomic Energy Agency (IAEA) showed that Iran had met the terms of the six-month agreement, which had been due to expire on Sunday but which will be extended with some adjustments, after Iran and the six powers failed to meet the July 20 deadline for a comprehensive agreement to end the decade-old nuclear standoff and agreed to continue talking.

The extension underlines the difficulties negotiators face in settling the dispute permanently even if Iran has met its commitments under the preliminary agreement, as Sunday’s IAEA report suggests.

Under the Nov. 24 accord, designed to buy time for talks on a long-term settlement of the dispute, Iran halted the most controversial aspect of its nuclear program – enrichment of uranium gas to a fissile concentration of 20 percent.

It also undertook to dilute or convert to oxide its remaining stockpile of the material during the half-year period, which Sunday’s IAEA report showed it had now completed.

That stockpile was closely watched by the West as the level of enrichment represented a relatively short technical step away from that required for nuclear weapons. Iran says it is only refining uranium to fuel nuclear power plants or research reactors.

The IAEA update also showed that Iran had started-up a long-delayed facility to convert some of its lower-grade enriched uranium gas into oxide and had fed about 1,500 kg of the material into the conversion process, as agreed under November’s accord.