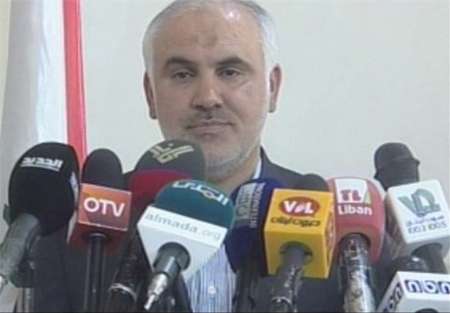 Beirut, July 20, IRNA – On the eve of World Quds Day and in the framework of Iranˈs constant assistances to Palestinians a new phase of Iranˈs humanitarian aids was delivered to Palestinians.

In a ceremony held in the venue of Iranˈs embassy in Beirut on Saturday, a large consignment of food products was delivered to the Palestinian authorities to be distributed among five thousand Palestinian refugee families who have lost thier residence camps in Syria due to the crisis there.

In the ceremony on the occasion a number of Lebanese and Palestinian personalities delivered speeches in whish they commemorated the grand personalites of the late Imam Khomeini (P), the founder of World Quds Day.

The speakers meanwhile appreciated Iranˈs incessant supports for the Palestinian resistance movement, ideals and nation and their brave confrontation with the recist Zionist occupier enemy.

Iranˈs Ambassador to Lebanon Mohammad Fatˈhali underlined that Iran will always stand close to the Palestinian people and their righteous resistance movement.

He condemned the Zionist regimeˈs barbaric crimes and especailly their unjustifiable land invasion into Gaza Strip after about week of bomanrdments and over seven years of illegitimate seige.

He also expressed deep sorrow that women, children and civilians are victims of the the Zionistsˈ attrocities, while the world community remains silently watching those horrible crimes.