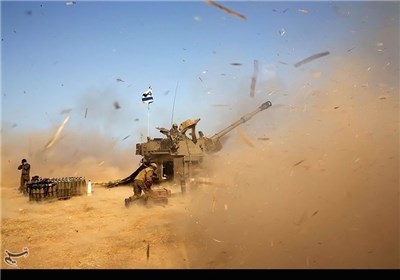 TEHRAN (Tasnim) – The Palestinian Islamist Resistance Movement, Hamas, said on Sunday that it had accepted a proposal for a three-hour humanitarian ceasefire in Gaza it said was made by the International Committee of the Red Cross.

“The ICRC contacted (us) and offered to broker a three-hour humanitarian truce to enable ambulances to evacuate the dead and wounded and Hamas accepted it,” spokesman Sami Abu Zuhri said in a statement.

“Hamas agreed on it but the occupation (Israel) refused it,” he claimed, although Israeli public radio reported that the Israeli government was studying the proposal, AFP reported.

Later, the Israeli newspaper, Haaretz, said that Tel Aviv has accepted 2-hour truce in Gaza area of shejaiya, at request of Red Cross.

Local health officials said on Sunday that the son, daughter-in-law and two small grandchildren of a senior Hamas leader were among the victims.

They added that dozens of wounded were rushed to the Gaza City’s central hospital of al-Shifa.

Residents said the heavy shelling began in Shejaiya around midnight as Israeli tanks reached the edge of the neighborhood. They said it is too dangerous for ambulances and medical teams to approach targeted areas.