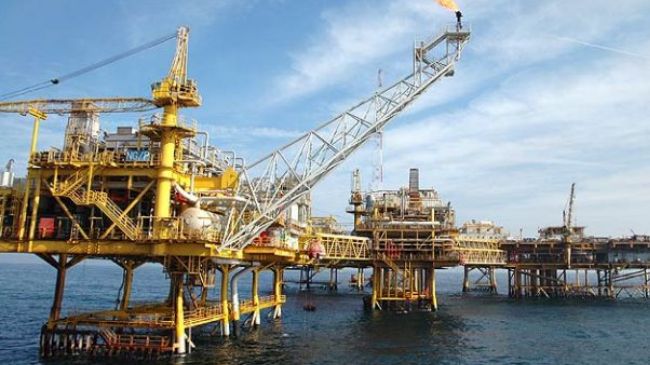 The file photo shows a view of installations at Iran’s Doroud oil field.

China and India are major costumers of Iran’s crude, buying 65 percent of the country’s oil exports, an Iranian official says.

He stated that the Islamic Republic also exports 25 percent of its oil to India.

Qamsari added that Iran is exporting an average of one million bpd of its oil based on the November 2013 interim nuclear deal with the five permanent members of the UN Security Council – the United States, Britain, France, Russia and China ¬- plus Germany.

World oil giants — including Royal Dutch Shell, British Petroleum (BP), Malaysia’s Petronas, Spain’s Repsol, Russia’s Lukoil, France’s Total and Italy’s Eni — have shown interest in returning to Iran following the easing of sanctions against the Islamic Republic in light of the implementation of the nuclear deal.

Under the deal, the six countries undertook to provide Iran with some sanctions relief in exchange for Iran agreeing to limit certain aspects of its nuclear activities.

The two sides have agreed on the extension of nuclear talks until November 24 with a view to achieving a permanent accord.