Araqchi: $2.8bn in 6 installments to be deposited in Iranˈs account 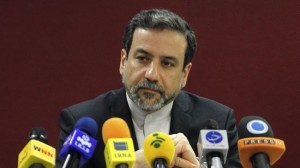 He said the first step of Geneva Accord has been extended for four months by November 24, 2014.

Outlining outcome of 18-day Vienna6 talks, Araqchi said moreover, Iran will change its 20 percent enriched uranium, that had already turned into oxide in the first six months of the Geneva accord, to Tehran Reactor fuel.

He went on to say that in four months, only 25 kilos change into fuel and the rest will be changed into fuel based on our own schedule in the next months.

He went on to say that also, Iran will change the residue of the enriched materials into natural uranium for the sake of re-enrichment.

Araqchi said as Foreign Minister Mohammad-Javad Zarif said in the statement, Iran and the G5+1 had 18 days of intensive talks with the goal to reach agreement by July 20. However, drastic differences and ruptures on various issues, which are topic of talks, still exist.