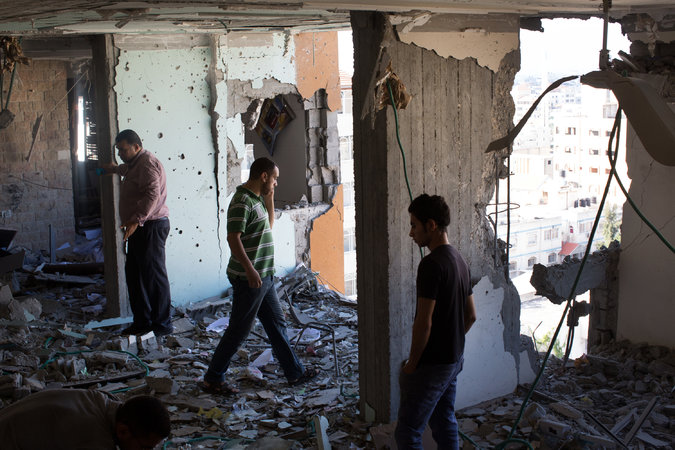 JERUSALEM — Prime Minister Benjamin Netanyahu of Israel said Friday that he had ordered the military to “prepare for the possibility of widening, significantly,” the ground operation in the Gaza Strip begun Thursday night, but acknowledged “there is no guarantee of 100 percent success.”

Mr. Netanyahu offered condolences to the family of an Israeli soldier killed in the first hours of the ground offensive, identified by the military as Staff Sgt. Eitan Barak, 20, from Herzliya. Palestinian health officials reported that a 4-month-old baby and 18-year-old male were among more than 20 Gaza residents killed overnight as the total death toll from the operation topped 260, with some 1,800 injured.

Israeli news outlets reported that the soldier was shot near Beit Hanoun, in northeast Gaza, possibly from friendly fire, though a Twitter post from the Army said he was “fighting Hamas terrorists.” He was posthumously promoted to staff sergeant from sergeant.

An Israeli Army statement on the overnight action in Gaza said the military had hit more than 100 sites in the coastal territory, and “succeeded in neutralizing some 14 terrorists in several exchanges of fire.”

The statment continued, “Initial indication suggests that the results thus far fall in line with expectations.” Israeli forces “are advancing in their respective missions, including identifying and combating the terror-tunnel threat,” the statement said.

Electricity had been cut in most of Gaza due to downed cables that bring power from Israel, and street battles were reported on social media in Gaza City as well as northern and southern towns.

“We chose to go to this operation after we exhausted the other options and with the understanding that without this operation the price we pay will be much higher,” Mr. Netanyahu said in a nationally televised address shortly before noon from the military headquarters in Tel Aviv, where he had convened his top ministers. He said he had talked to world leaders to create “the international space, something that should not be taken for granted, so we can act systematically and with power against the murderous terror and its partners.”

Sirens signaling rockets sounded all night and into the morning across Israel’s south; the army counted more than 50 rockets from the 10 p.m. start of its ground invasion until 7 a.m. Friday.

Israel’s Erez crossing into Gaza was closed to all traffic, including foreign journalists, a spokesman said, and the home front command banned gatherings of more than 1,000 people as far north as Tel Aviv and Jerusalem.

In the communities close to Gaza, summer camps were canceled and groups of more than 300 were not allowed.

Men under 50 were barred from the Al Aqsa compound in Jerusalem’s Old City for Friday prayers, a major event especially during the current Muslim holy month of Ramadan, but one that often brings clashes between Palestinians and Israeli forces even during otherwise calm times.

Khaled Meshal, political leader of Hamas, the Islamist movement that dominates Gaza and has led the battle against Israel that began July 8, told Agence France-Presse from his base in Qatar on Friday that the ground operation was “bound to fail.”

“What the occupier Israel failed to achieve through its air and sea raids, it will not be able to achieve with a ground offensive,” Mr. Meshal was quoted as saying by the agency.

President Mahmoud Abbas of the Palestinian Authority, whose meetings in Cairo on Wednesday and Thursday failed to produce a cease-fire agreement, told reporters there that the ground operation would “lead to more bloodshed and complicate efforts to end the aggression,” according to Wafa, the official Palestinian news agency. Mr. Abbas was scheduled to travel to Turkey and perhaps Qatar on Friday to continue cease-fire discussions.

In the West Bank city of Hebron, families of the three men that the Israeli authorities have said are the prime suspects in the June 12 abduction and subsequent murder of three Israeli teenagers — a crime that Israel blamed on Hamas and that began the escalation that led to the war in Gaza — received notices that their homes would be demolished at 10 a.m. Friday. Israeli forces damaged the homes weeks ago.