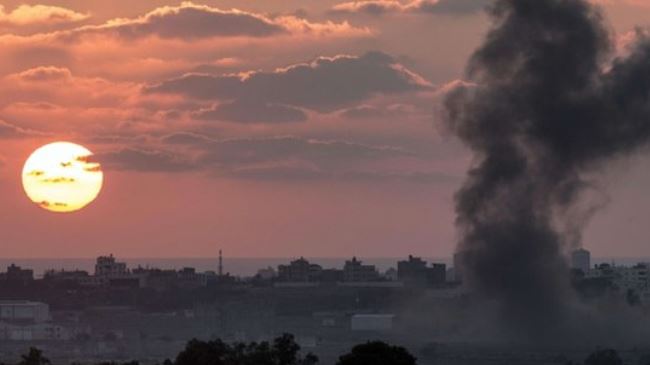 Death toll from Israeli attacks on Gaza at 230

Smoke is seen rising from an area in Gaza following an Israeli attack. (File photo)

Reports say the number of the Palestinians killed in Israeli attacks on the Gaza Strip reached 230 just hours before a temporary ceasefire requested by the United Nations went into effect.

At least three Palestinians were killed and several others wounded just before the start of the ceasefire on Thursday.

Hours before the truce, Israeli jets struck dozens of targets in Gaza including the residences of Hamas leaders.

Reports say that retaliatory rockets coming from Gaza injured an Israeli in the town of Even Yehuda, in the central Sharon region. A second Israeli was also injured in the city of Petah Tikva, located east of Tel Aviv. Rockets also hit the Israeli city of Rishon LeZion.

Earlier on Thursday, Palestinian resistance movement Hamas and the Israeli army announced that they had accepted the ceasefire request by the UN in order to let aid enter the besieged Gaza Strip, which is experiencing a water crisis.

Since July 8, the Israeli military had targeted more than 1,800 targets across Gaza, which is home to around 1.8 million Palestinians living under blockade.

About 1,700 Palestinians have also been injured.