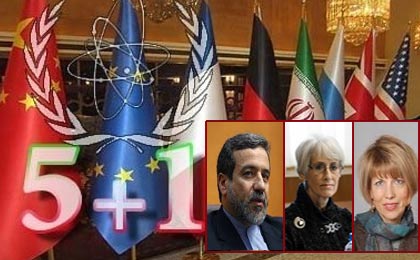 Vienna, July 16, IRNA – Deputy foreign ministers of Iran, European Union and the US started a trilateral meeting here on Wednesday on the 15th day of Vienna 6 talks.

The meeting is attended by Abbas Araqchi and Majid Takht-e Ravanchi of Iran, Helga Schmidt and Stephan Clement two deputies of EU foreign policy chief Catherine Ashton and the US undersecretary of sate Wendi Sherman.

The tripartite meeting is focused on discussing commitments of the Vienna 6 negotiating parties(Iran and five permanent members of the UN Security Council plus Germany).

The two sides have started difficult and intensive bilateral and multilateral talks since July 3 to draft a comprehensive agreement which will resolve the decades long nuclear dispute between Iran and the West.

No breakthrough has yet been made by the two sides but it was reported on Tuesday that talks will be possibly extended to reach the comprehensive agreement.

Iranˈs Foreign Minister Mohammad Javad Zarif said in a press conference on Tuesday evening, ˈEnough progress has been made in the talks to continue diplomacy after July 20. The final deadline for the talks is November 25.”

According to an interim deal signed between Iran and the G5+1 in Geneva, Switzerland, on November 24, 2013, the two sides set a six month deadline for reaching a final agreement. The deadline will expire on July 20 but it was also agreed in the interim deal that the deadline can be extended for another six month (November 2014).

The Vienna 6 talks will enter a new phase on July 20 with the arrival of German, French and British foreign ministers.