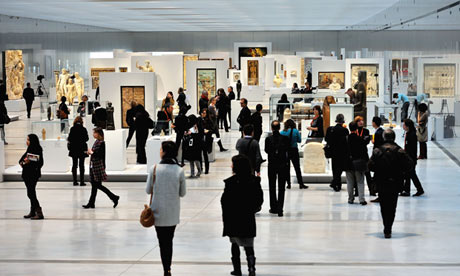 Tehran, July 16, IRNA – The Louvre-Lens art museum is showcasing a collection of photographs of the 1980-88 Iran-Iraq war in an exhibition on the negative aspects of war.

ˈThe photos of the eight-year imposed war are not normally shown in foreign exhibits. Thus, this is an opportunity to display such photos at such exhibition,ˈ she said.

Works by Pablo Picasso, Francis Goya, Henry Moore and Marcel Gromaire are on show in the exhibit.

The Louvre-Lens is an art museum located in Lens, Pas-de-Calais, northern France, approximately 200 kilometers north of Paris. It displays objects from the collections of the Musée du Louvre that are lent to the gallery on a medium or long-term basis.