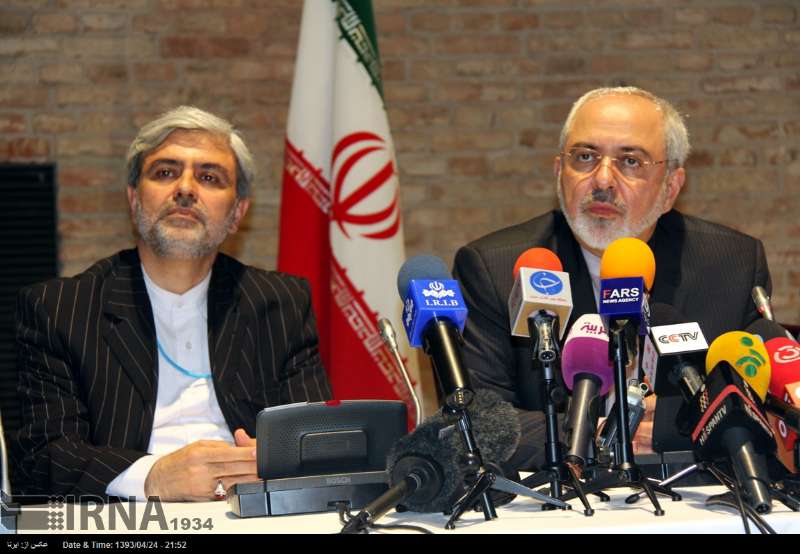 TEHRAN (FNA)- Iranian Foreign Minister Mohammad Javad Zarif underlined efforts by his team of negotiators and their counterparts in the Group 5+1 (the US, Russia, China, Britain and France plus Germany) to end the artificial deadlock impeding attainment of a final agreement between the two sides.

“We are striving to end this artificial deadlock which has been created on the basis of an illogical framework, and reach a comprehensive agreement,” Zarif told reporters in Vienna on Tuesday.

Stressing that he has had good exchanges of views with the G5+1 representatives during this round of talks, he said, “Of course, we still need serious discussions at the level of the political directors.”

On Saturday, Iranian Deputy Foreign Minister Seyed Abbas Araqchi said the seven nations have made over 60% progress in drafting the text of a final deal, although wide differences have still remained over the contents of the agreement.

“We have not yet reached a major agreement on the key content issues,” he added.

Araqchi also underlined Iran’s determination to continue the negotiations to restore all its rights, and said, “We won’t withdraw from our positions.”