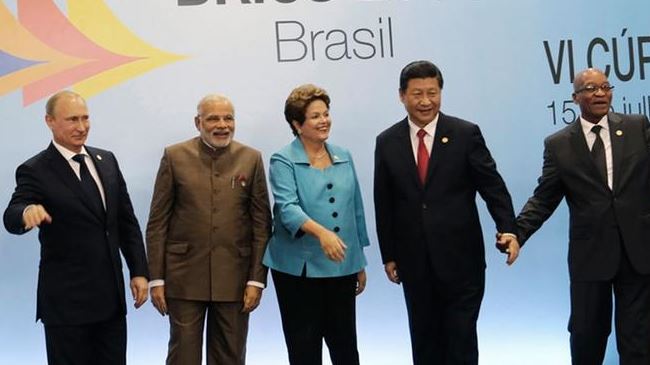 “We recognize Iran’s inalienable right to the peaceful use of nuclear energy in a manner consistent with its international obligations,” said a BRICS statement adopted by leaders of the group during a summit meeting in Fortaleza, Brazil on Tuesday.

The BRICS countries also said that there is no solution but diplomacy to the dispute over Iran’s nuclear energy program.

“While reiterating our view that there is no alternative to a negotiated solution to the Iranian nuclear issue, we reaffirm our support to its resolution through political and diplomatic means and dialogue,” the statement said.

The countries, namely Brazil, Russia, India, China and South Africa, also welcomed “the positive momentum” generated by the talks between Iran and the P5+1 countries over Tehran’s nuclear energy program.

BRICS countries represent 40 percent of the world’s population and a fifth of the global economy.

The statement by the group comes as Iran and the five permanent members of the UN Security Council — the United States, France, Britain, Russia and China — plus Germany are in talks to thrash out their differences and achieve a final deal that would end the decade-old dispute over Iran’s nuclear energy program.