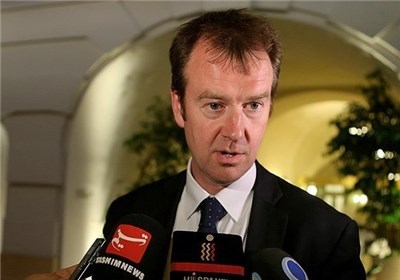 TEHRAN (Tasnim) – A spokesman for European Union Foreign Policy Chief Catherine Ashton on Tuesday dismissed as pure speculation the reports on Iran’s commitments, including any reduction in the number of its centrifuges, in a comprehensive nuclear deal it might strike with the world powers.

All what is raised by the media is speculation, maybe untrue, Michael Mann told Al-Alam Arabic news channel in Vienna on Tuesday.

He underlined that reality is what goes on in the negotiating rooms.

Mann made the comments in reaction to the unconfirmed reports about any suspension of Iran’s enrichment activities or any reduction in the number of the centrifuge machines it will be allowed to operate under a final nuclear deal with world powers.

Since July 2, delegates from Iran and the Group 5+1 (also known as the P5+1 or E3+3) have launched a fresh round of high-profile talks in Vienna in a bid to hammer out a comprehensive deal on Tehran’s nuclear case before a self-imposed July 20 deadline.

Coordinated by the EU, the talks are aimed at resolving the decade-long standoff on the Islamic Republic’s peaceful nuclear program.

Iran and the sextet on November 24, 2013, clinched an interim nuclear deal in the Swiss city of Geneva.