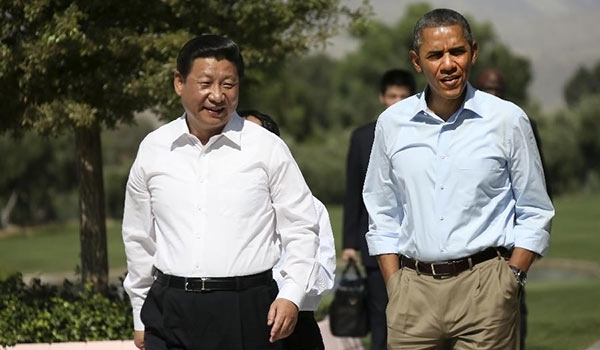 TEHRAN (FNA)- US President Barack Obama and his Chinese Counterpart Xi Jinping discussed the latest developments in the talks between Iran and the Group 5+1 (the five permanent UN Security Council members plus Germany) and stressed the need for both Washington and Beijing to expand cooperation to this end.

A White House statement said the pledge was made during a phone call Monday between Obama and Xi Jinping, the Voice of America reported.

Obama said Iran must show its nuclear program is “exclusively peaceful.” He called for greater US-China cooperation in the ongoing Geneva talks.

The phone call follows annual talks last week between top US and Chinese leaders in Beijing, where the White House said “important progress” was made.

The sixth round of talks between Tehran and the G5+1 headed by Iranian Foreign Minister Mohammad Javad Zarif and EU’s Foreign Policy Chief Catherine Ashton officially started in Vienna on July 3 and is still continuing in the Austrian capital with both sides describing the negotiations as hard, but constructive and positive.