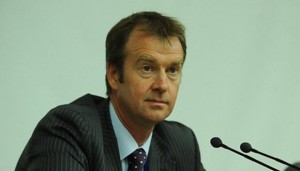 Tehran, July 15, IRNA – EU foreign policy spokesman Michael Mann said on Tuesday that G5+1 is determined to reach an agreement and Iran is serious for a settlement.

Speaking to Alalam TV on the sidelines of Vienna talks, Mann said reports on the G5+1 talks in Vienna are wild guessing. ˈThe reality is in the negotiation room.ˈ

He added that there are consensus among representatives of the six governments to reach an agreement and Iran is serious for a settlement.

The spokesman said that the nuclear talks are currently revolve around such topics as Fordo and Arak and Iran wants total lifting of the arbitrary sanctions.