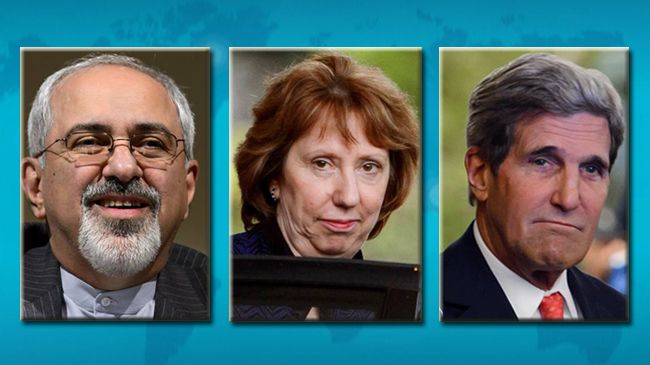 “We are working. We are working very hard. A lot of serious discussions. It was a good meeting,” Kerry told reporters on Monday after the two-hour session with the Iranian foreign minister and the EU foreign policy chief.

Zarif and Kerry met for a second consecutive day in the Austrian capital, Vienna, in an effort to help narrow differences between Iran and the five permanent members of the UN Security Council – Russia, China, France, Britain and the US – plus Germany and reach a final deal on Iran’s nuclear energy program.

On Sunday, Zarif and Kerry also held a two-hour meeting. The top US diplomat was accompanied by US Deputy Secretary of State William Burns and Under-Secretary of State for Political Affairs Wendy Sherman, who is the US representative in the nuclear talks.

The meetings were held on the sidelines of nuclear talks between Iran and the six world powers to discuss drafting a final agreement.

Iran and the six countries kicked off their sixth round of talks this year in Vienna on July 3.