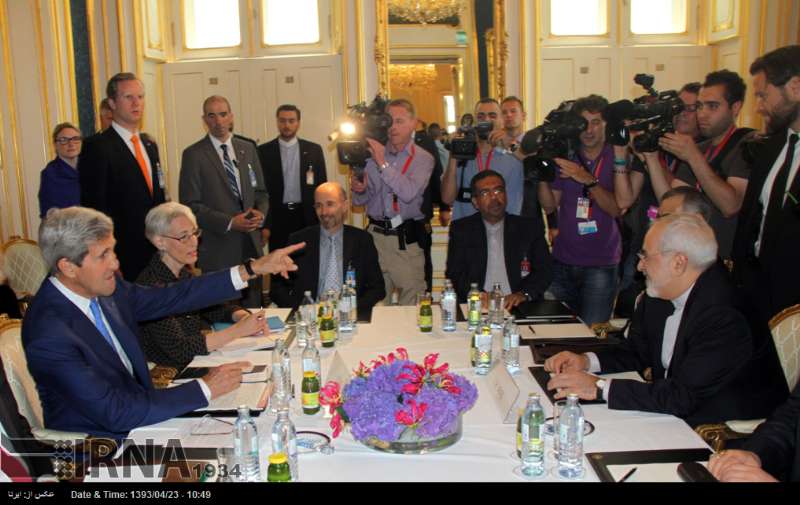 On Monday, Iran’s Foreign Minister Mohammad Javad Zarif, US Secretary of State John Kerry and EU foreign policy chief Catherine Ashton met in Vienna, where representatives from Iran and the five permanent members of the UN Security Council – Russia, China, France, Britain and the US – plus Germany are holding negotiations aimed at drawing up the draft text of a comprehensive agreement over Tehran’s nuclear energy program.

The White House says Kerry will report the trend of the talks back to Washington for the decision on whether to extend a July 20 deadline for reaching the deal.

On Sunday, Zarif and Kerry also held a two-hour meeting. The top US diplomat was accompanied by US Deputy Secretary of State William Burns and Under-Secretary of State for Political Affairs Wendy Sherman, who is the country’s representative in the nuclear talks.

Iran and the six countries kicked off their sixth round of talks this year in Vienna on July 3.