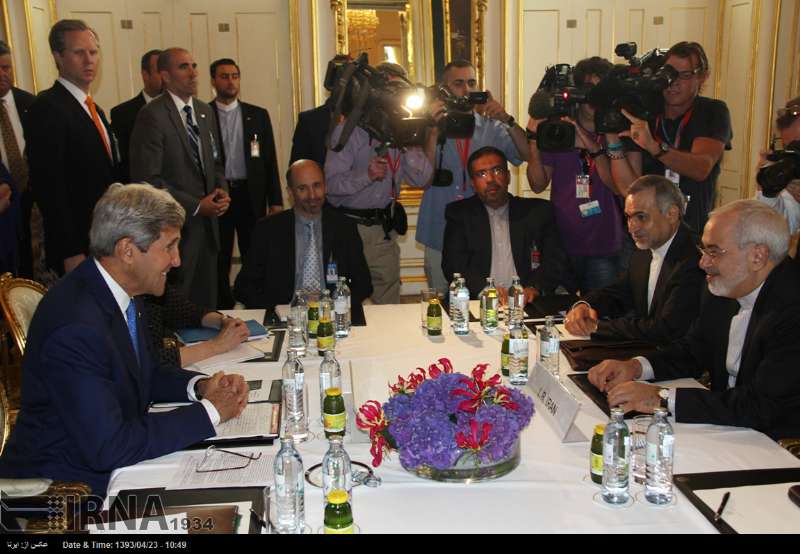 Hardliners warn about a bad agreement between Iran, G5+1

Tehran, July 15, IRNA – Hardliners, the critics of moderate policies of President Hassan Rouhani, referring to bad agreements imposed on Iran by big powers throughout the history, warned about a bad agreement between Iran and G5+1.

Parsnews, a hardliner website close to Islamic Revolution Guards Corps (IRGC), interviewing Soheil Karimi, photographer and documentary filmmaker, tried to tell the readers that Iran is making a big concession in exchange for nothing during the six rounds of nuclear talks in Vienna.

The hardliner website pointed to the historic bad Treaty of Turkmenchay, an agreement imposed on Iran by Russian Empire, and called the Geneva Interim Nuclear Agreement between Iran and G5+1 as ˈGenochayˈ.

The Turkmenchay Treaty concluded the Russia-Iran War (1826–28). Based on the treaty, Iran ceded to Russia control of several areas in the South Caucasus. The treaty was imposed by Russia, following military victory over Iran.

The hardliner news outlet believes that US negotiatorsˈ emphasize on their red lines and their efforts to take more advantages without giving any concession is the result of Iranˈs negotiating teamˈs weak performance.

It manipulated the recent remarks by Supreme Leader Ayatollah Seyyed Ali Khamenei on the countryˈs nuclear needs and his unprecedented technical comments as a proof to disloyalty of the negotiating team towards national interests.

The Leaderˈs remarks about the number of SWUs and his stress on redlines with technical comments show that the negotiating team has already passed the redlines and Ayatollah Khamenei interfered to prevent any more concession, the hardliner website wrote.

Rajanews believes that by the Supreme Leaderˈs outlined redlines, the Westerners can not take any more advantages and the Iranian negotiating team will not make bigger concessions.

President Rouhani on different occasions has defended his nuclear negotiating team against the so-called ˈWe Are Concernedˈ group who are critical of the governmentˈs foreign policy.

He has assured the critics that Foreign Ministryˈs nuclear negotiating team is experienced and capable enough to defend the nationˈs rights.

Critics of President Rouhaniˈs policies particularly its foreign policy have launched a campaign known as “We Are Concerned” and have asked him on different occasions to give up his moderate policies and adopt the past policies of former president Mahmoud Ahmadinejad.

Iranˈs foreign policy has taken new directions since Rouhani was elected as President in 2013.

Nuclear talks between Iran and the G5+1 members have gained momentum.