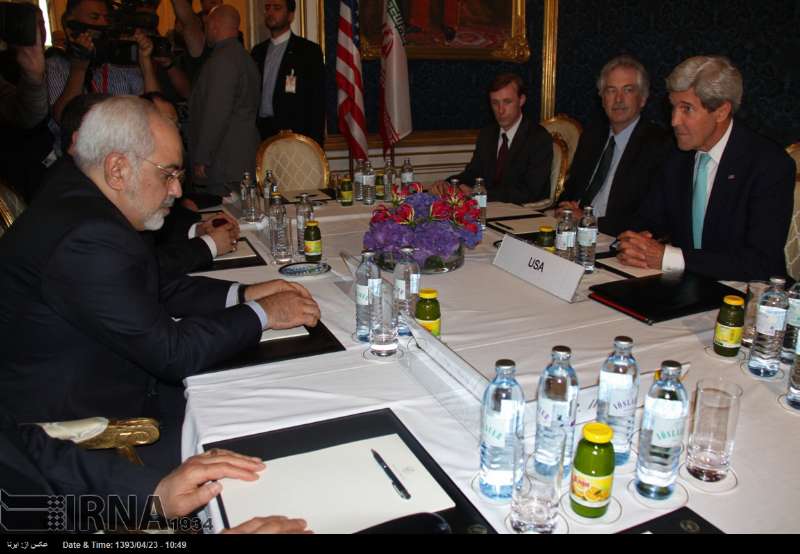 Iran, US FMs start 2nd day of talks in Vienna

The meeting took place on the 13th day of nuclear talks between Iran and Group5+1 also known as Vienna 6 talks.

The Vienna 6 talks which focused on drafting a comprehensive agreement between the two sides, entered a new phase on Sunday after arrival of German, British and French foreign ministers.

In bilateral and multilateral meetings with his US and European counterparts, the Iranian minister discussed the Vienna 6 procedures aimed at closing ranks on the topics of discussions.

Speaking to reporters at the end of his talks with Zarif, Kerry said they had very good talks but this was only the beginning and the talks should continue.

The European foreign ministers left Vienna for their own capitals but Kerry is still in the Austrian capital to continue talks with his Iranian counterpart.

After five hours of consultations with his counterparts from US, Europe, China and Russia on Sunday, Zarif told reporters that they still had seven days of intensive talks ahead.

The Vienna 6 talks aim to strike a comprehensive agreement between Iran and the world six powers (five permanent members of the UN Security Council plus Germany) over Tehranˈs peaceful nuclear program.

Based on an interim deal reached between the two sides in 2013, the final deal should be made before July 20 when a six-month deadline will expire.