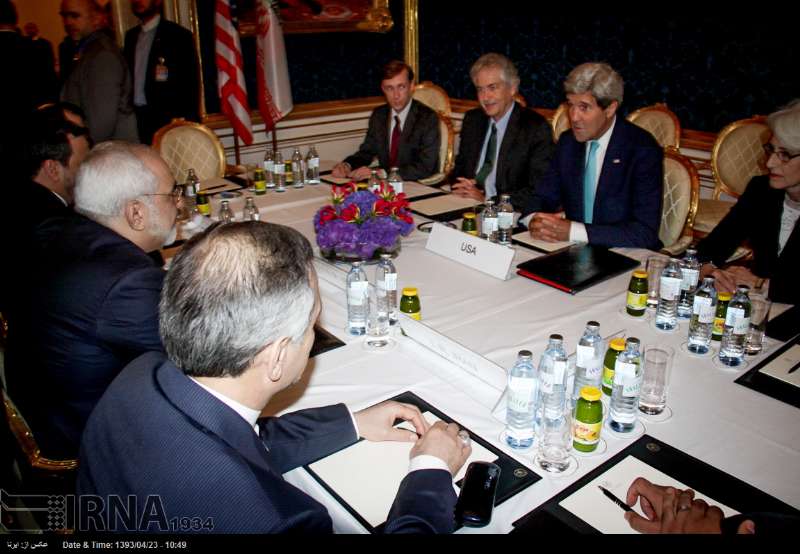 Foreign Ministers have spoken of “profound” and “useful” talks in Vienna, after they joined the discussions on Sunday for a comprehensive agreement over Iran’s nuclear program.

French Foreign Minister Laurent Fabius said, “We had some profound discussions on the Iranian nuclear issue but we still don’t have an agreement. We will continue talking but I think these discussions were useful.”

Among the talks were a bilateral meeting between Iranian Foreign Minister Mohammad Javad Zarif and US Secretary of State John Kerry, accompanied by their officials.

Zarif said, after other meetings with European, Chinese, and Russian delegations, “We haven’t resolved any problem, but we have made some important headway in probably removing some of the misconceptions and moving forward with making more serious decisions.”

The Foreign Ministers from the US, Britain, France, and Germany joined the discussions to try and resolve key issues such as the number and level of Iran’s centrifuges for enrichment of uranium to 5%.

The Russian and Chinese Foreign Ministers maintained some distance, citing their attendance at a summit of the BRICS nations this week.

No details were released on Sunday’s talks about Iran’s enrichment capacity, the status of its nuclear facilities, or the lifting of US-led sanctions.

In a convoluted statement, Deputy Foreign Minister Hossein Amir-Abdollahian has declared that the Islamic State, attacking in Syria and Iraq, is Israel’s “enforcer”:

Amir-Abdollahian continued with his linkage of the escalating Gaza conflict and the Islamic State’s operations elsewhere: “Were the Islamic State a revolutionary group and a supporter of the Sunnis, it should use its forces, weapons and money (to defend Palestinians) along with Hamas, Islamic Jihad, and the resistance groups.”