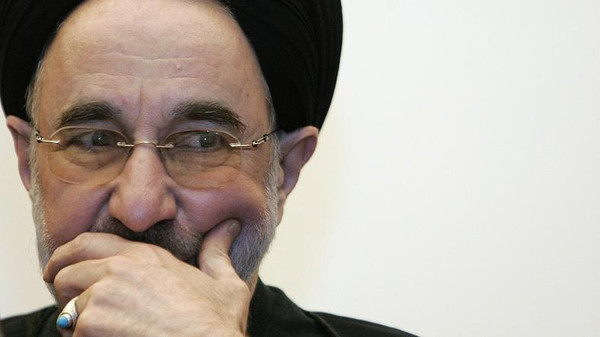 Former Iranian president Mohammad Khatami has denied recent statements about an alleged court order against him prohibiting him from giving public appearances and talks.

ISNA reports that Khatami was attending a funeral in Tehran when he responded to reporters’ questions about being under such a court order, saying he has not received any such order.

On Sunday July 6, 10 Iranian MPs criticized the minister of justice for not upholding the “court order” against Mohammad Khatami.

They called on the minister to execute the order banning Mohammad Khatami from leaving the country as well as making public speeches or appearances.

Last year, Mohammad Khatami confirmed that he had been banned from travelling abroad for four years following the controversial 2009 election.

The speaker of the Parliament Ali Larijani had attributed the travel ban against Khatami to the excesses of the Mahmoud Ahmadinejad administration.