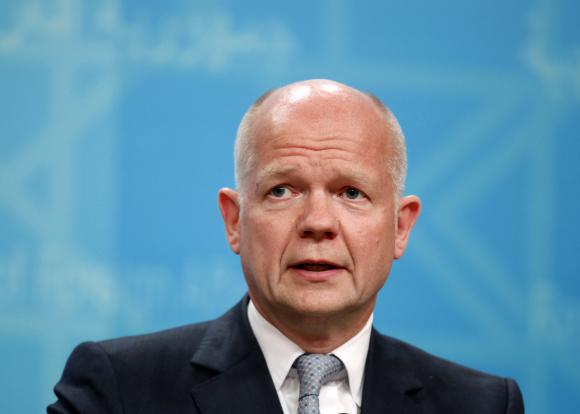 British Foreign Secretary William Hague says it is “too early” to consider extending the ongoing nuclear talks between Iran and the P5+1 in Vienna beyond a July 20 deadline.

“Clearly we are only a week from the end of this six-month agreement but the focus is on seeing if we can make progress for a comprehensive deal,” Hague said upon his arrival in the Austrian capital, Vienna, on Sunday.

He added that Iran and the five permanent members of the UN Security Council – Russia, China, France, Britain and the US – plus Germany have “very significant gaps that is very clear in these negotiations.”

“It is unlikely that there will be a quick breakthrough today,” he added.

Hague said that foreign ministers of the US, Britain, Germany, and France had joined the negotiations “to see what the scope is for making progress before July 20.”

“If we can reach a deal by July 20, bravo,” he said as he arrived in Vienna on Sunday.

“If we can’t, there are two possibilities: one, we either extend, a so-called rollover; or we will have to say that unfortunately there is no perspective for a deal. We don’t know yet. It’s not yet July 20. We are trying to go in the right direction,” Fabius added.

Iran and the P5+1 formally kicked off their sixth round of talks this year in Vienna on July 3.