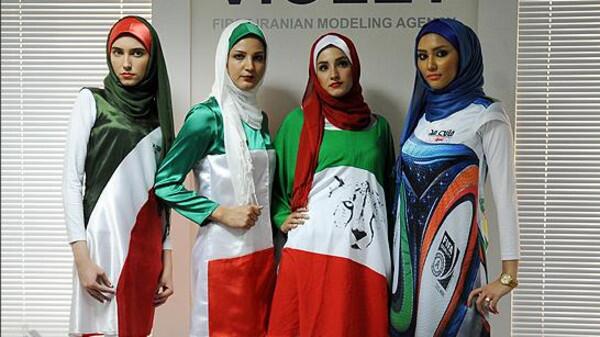 A fashion show organizer in Iran has been banned “until further notice” for staging a catwalk at which models wore variations of the national flag, media reports said Sunday.

The House of Fashion hosted the World Cup-themed show in late June to a mixed audience, sending female models down the runway draped in attire based on flag designs, the emblem of the national team and the Asian Cheetah.

The company “did not have the authorization for this show… it will be unable to continue its activities until further notice,” Culture and Islamic guidance ministry official Hamid Ghobadi was quoted by the Shargh newspaper as saying.

The designs, which appear to have left out the calligraphy of Allah on the flag, were the work of the Violet agency.

Violet — which calls itself the “first Iranian modeling agency” — has also been banned, according to reports.