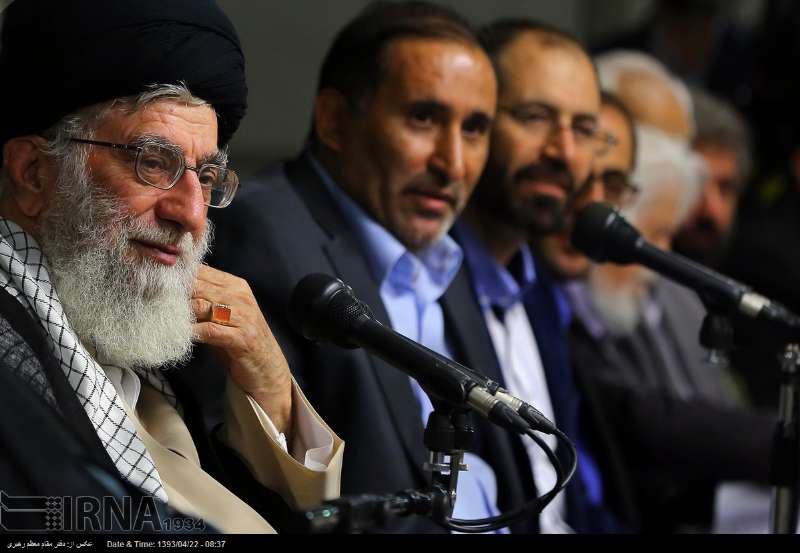 TEHRAN, July 13 (MNA) – Leader of the Islamic Republic has said poets are true defenders of cultural identity through their keen artistic perception.

Ayatollah Khamenei received a group of Persian poets from Iran as well as Tajikistan, India, Afghanistan, and Pakistan in the occasion of the birth anniversary of Imam Hassan (as), the second Twelver Imam of the Shia Muslims, yesterday.

Leader believed that ‘some’ would not see the ‘very fact of avowedly staunch cultural invasion’ against the Islamic culture and identity, ‘despite its clear manifestations;’ however, the poet “through his keen perception and poetic taste, detects it and comes to protect this identity,” the Leader asserted.

The Leader also pointed to ‘bitter realities,’ which he said were ‘encroachments by the powers’ on ‘independence, wealth, religion, spirituality, and morals of the nations’ and ‘distorting the realities through propaganda.’

Ayatollah Khamenei then pointed to ‘excruciatingly painful’ events in Gaza Strip. “They would make much ado about death of a pet in any point in the world; however, the slaughtering of Gazans, many of them innocent children, would not raise their sensitivities, and the US and UK officially support such attacks,” he added.