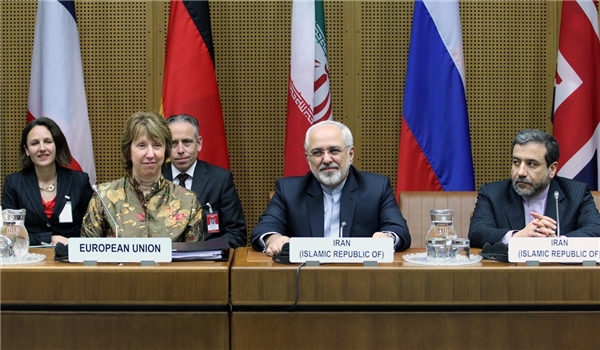 TEHRAN (FNA)- Iran’s deputy chief negotiator Seyed Abbas Araqchi dismissed the closure of the country’s Fordo uranium enrichment facility, and expressed the hope that the foreign ministers of the Group 5+1 (the US, Russia, China, Britain and France plus Germany) who are due to gather in Vienna later today would be ready for taking tough political decisions.

“The closure of Fordo is not on the agenda at all and they (the world powers) have accepted this before that Fordo will continue its operation, and the functioning and activities that should be carried out in Fordo are on the agenda of the negotiations,” Araqchi said in an interview with Iran-based Arabic-language al-Alam news channel today.

“We hope that the (G5+1) foreign ministers’ trip to Vienna on Sunday can help us progress in major issues,” he added.

“Many of the issues need hard political decisions and we hope that those ministers who come (to Vienna) would be ready for these decisions,” the Iranian deputy foreign minister added.

Asked about the remarks made by certain members of the G5+1 on the differences among the world powers, Araqchi said that Iran expects to hear a united voice from the G5+1.

“We are waiting to hear the G5+1’s united voice and negotiate with them while they have a united view,” he said, and added, “They will certainly obviate their internal differences in any way that they know.”

The sixth round of talks between Tehran and the G5+1 headed by Iranian Foreign Minister Mohammad Javad Zarif and EU Foreign Policy Chief Catherine Ashton officially started in Vienna on July 3 and is still continuing in the Austrian capital with both sides describing the negotiations as hard, but constructive and positive.

Russian Foreign Minister Sergei Lavrov who is accompanying President Vladimir Putin on his Latin American tour will not take part in the ministerial meeting. Instead, Vladimir Voronkov, the Russian Permanent Representative in international organizations in Vienna, will represent Russia at the talks. However, Russian Deputy Foreign Minister Sergei Ryabkov will continue heading the Russian delegation.

Sunday’s working schedule and the format of meetings has not yet been agreed to the end.

A diplomatic source close to consultations told Itar-Tass that problems had emerged simultaneously in several fields in recent days.

Despite making considerable progress in writing the document’s draft, the representatives of the six nations could not bring their positions closer on a number of key issues such as the parameters of Iran’s enrichment program, the operation of a research reactor in Arak and the research facility at Fordo as well as a schedule for implementing the agreement and its deadlines.