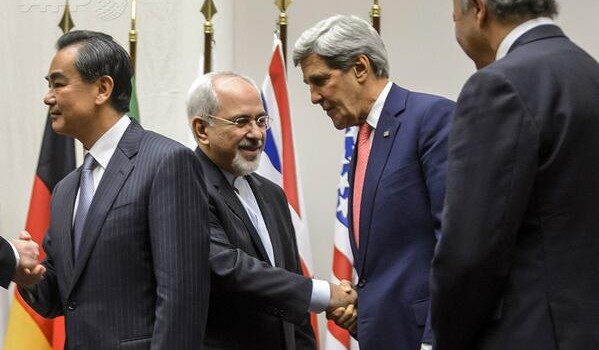 Foreign ministers from most of the 5+1 Powers are joining talks in Vienna with Iran about a comprehensive nuclear agreement.

US Secretary of State John Kerry and French Foreign Minister Laurent Fabius are among those who have arrived; however, Russian Foreign Minister Sergei Lavrov is not attending, citing another commitment.

Iranian Foreign Minister Mohammad Javad Zarif has been involved in the discussions since they resumed on July 2.

The two sides are seeking a resolution before the expiry of an interim agreement on July 20.

The key issue is the number and level of centrifuges that Iran can develop and install for enrichment of uranium to 5%.

Tehran would like to expand its stock of 19,000 centrifuges and/or introduce the IR-2m model, ready for use but not yet in operation, and develop the IR-4 model.

The US and European partners are insisting on a reduction of stock and a freeze on introduction and development of models to replace the 40-year-old IR-1 centrifuges.

Other issues include the status of Iran’s second enrichment plant at Fordoo and its under-construction Arak heavy-water reactor; arrangements for inspection and supervision of facilities; lifting of US-led sanctions; and the duration of the agreement.

Iranian Foreign Minister Zarif and US Deputy Secretary of State William Burns met on Saturday in an attempt to narrow differences before the arrival of the Foreign Ministers.

Iran’s Deputy Foreign Minister Abbas Araqchi said, “We have made almost good progress in the text and maybe 60% to 65% of the text has been agreed.”

However, Araqchi continued, “This doesn’t mean that we have made progress in the contents. We have not yet reached a major agreement on the key content issues.”

Supreme Leader: US & Britain Behind Israel’s Attacks on Gaza

Even amid critical talks on Iran’s nuclear talks, most headlines in Iranian media are denunciations of Israel’s attacks on Gaza.

The Supreme Leader led the criticisms on Saturday, asserting that the the US and Britain “officially support” the airstrikes, which have killed more than 150 Palestinians since Tuesday.

Ayatollah Khamenei insisted, “Domineering world powers back evil as long as it is in their interest while they confront good savagely.”