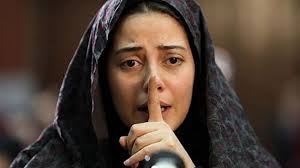 ˈHush, Girls Do Not Scream’ to be screened in Australia

The film is centered on abused children and their problems. The cast includes Tannaz Tabatabaei, Merila Zarei, Shahab Hosseini and Babak Hamidian.

Revelation Perth International Film Festival began in 1997. Founded to showcase a large range of independent feature films, documentaries, short films, and experimental works, it runs every July in Perth, Western Australia and is regarded by few as one of the best independent film festivals in Australia.