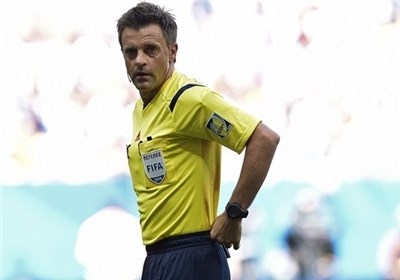 TEHRAN (Tasnim) – Italian referee Nicola Rizzoli will referee the 2014 FIFA World Cup final match between Germany and Argentina at the Estadio do Maracana on Sunday.

The 44-year-old referee, who started his international refereeing career in 2007, has already refereed three matches at the 2014 FIFA World Cup Brazi, taking charge of Spain-Netherlands and Nigeria-Argentina in the group stages and the quarter-final between Argentina and Belgium.

A FIFA statement read, “Rizzoli will be assisted by his compatriots Renato Faverani and Andrea Stefani, who are both 44 years old.”

The fourth official will be Carlos Vera from Ecuador.

Nicola Rizzoli will be the third Italian referee in the history of the FIFA World Cup to officiate a final, following in the footsteps of Sergio Gonella in 1978 and Pierluigi Collina in 2002.