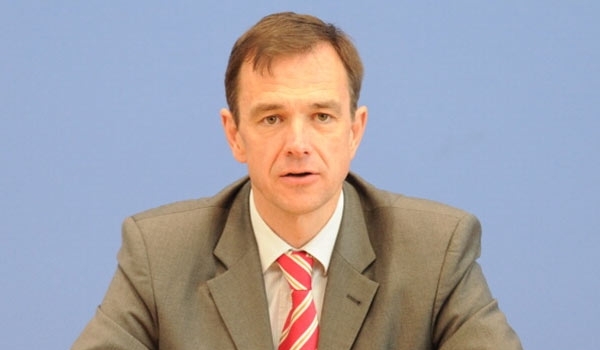 The top German diplomat is to meet with his counterparts from the US, Britain, France, Russia and China as well as Iranian Foreign Minister Mohammad Javad Zarif aimed at reviewing the progress of the Iran nuclear negotiations, he further added.

Schaefer reiterated his country’s commitment to reach a comprehensive final accord by the July 20 deadline.

Schaefer stressed that, although the ongoing negotiations were “difficult, but they were also very focused and concrete”.

Representatives of Iran and the Group 5+1 (the US, Russia, China, Britain and France plus Germany) are continuing their talks after over one week of hectic diplomacy to reach a final agreement over Tehran’s nuclear program.

Zarif and Ashton on Thursday conferred on drafting a final nuclear deal on 9th day of negotiations underway in Vienna.

Iranian Foreign Ministry Spokeswoman Marziyeh Afkham said on Wednesday that representatives of Tehran and the six world powers are now dealing with the most controversial points in their disputes over Iran’s nuclear program, and expressed hope that the sextet would adopt a realistic view in the talks.