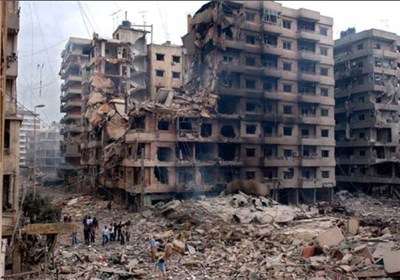 TEHRAN (Tasnim) – A US federal appeal court on Wednesday ruled to distribute $1.75 billion of Iran’s assets among the victims of attacks including the relatives of Americans killed in 1983 Beirut bombing.

According to Associated Press, the New York three-judge panel rejected arguments by attorneys for Bank Markazi, the central bank of Iran, which had argued that turning over the money would conflict with US obligations in a treaty of amity, economic relations, and consular rights signed with Iran in 1955.

The court ruled that several hundred families affected by those killed or injured in the attack in Beirut would be eligible to receive the money, adding that each family was likely to receive about $5 million after attorney fees are subtracted once the appeals are completed.

The money already is in the custody of a court-appointed trustee after President Barack Obama in 2012 ordered property and interests of Iran, including assets of Bank Markazi, be blocked.

The Beirut Barracks Bombings occurred during the Lebanese Civil War when two truck bombs struck separate buildings housing United States and French military forces who were the members of the Multinational Force (MNF) in Lebanon. 299 American and French servicemen were killed in the incident. Following the incident, Islamic Jihad group claimed responsibility for the bombings.

In 2001, the families of the 241 servicemen who were killed as well as several injured survivors filed civil suits against Islamic Republic of Iran in the US District Court for the District of Columbia. In their separate complaints, the families and survivors sought a judgment that Iran was responsible for the attack and relief in the form of damages for wrongful deaths.

During the years, Iran has always denied any involvement and role in the attack, saying the allegation is another propaganda plot against the country .