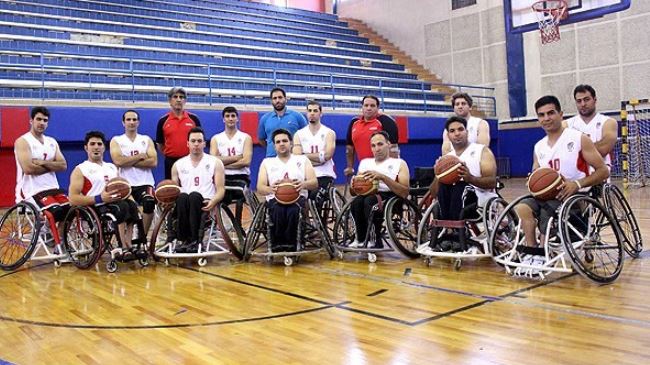 Iran men’s national wheelchair basketball team has fallen victim to hosts South Korea in its last match of the second round of the 2014 World Wheelchair Basketball Championships.

On Thursday, the Iranian side suffered a close loss to South Koreans in a match played at the Samsan World Sports Complex in South Korea’s northwestern port city of Incheon, located about 70 kilometers (43 miles) west of the capital Seoul.

The host nation started in energetic fashion and bolted out to a 19-13 first quarter lead over Iran.

The Iranian wheelchair basketball players came from behind in the second quarter and scored points to pull out a dramatic 23-9 victory.

The Iranian outfit continued to chip away in the third quarter and was off to a 20-13 lead.

However, in the final quarter, South Koreans rebounded from their losses and grabbed the lead back to surge ahead.

The Iranian physically-challenged sportsmen tried to close the gap but ultimately fell just short, and South Korea outscored Iran 26-8 to come away with a 67-64 victory.