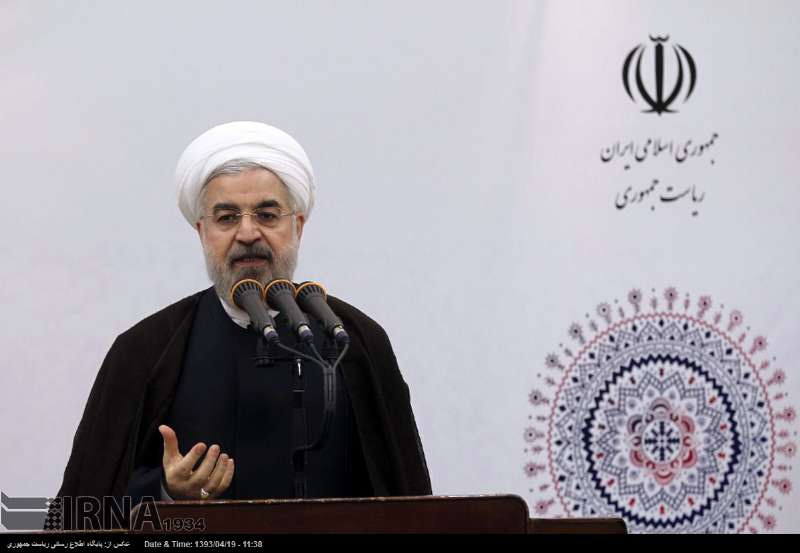 Tehran, July 10, IRNA – Iranian President Hassan Rouhani underlined that the behavior of his government has changed the attitude of the world countries towards Iran.

ˈOur first attempt was to change Iranˈs status before the statesmen and the international public opinion to depict desirable status of Iranian nation, revolution and system in their minds,ˈ President Rouhani said.

The Iranian President pointed to good relations of the country with the neighbors and called for unity and solidarity of all political fractions by analyzing the complicated situation of the region.

President Rouhani pointed to his governmentˈs (government of wisdom and hope) determination to bring to its knees the problem of unemployment in the society, and said, ˈDecisions have been taken in the government and in case of being implemented they can generate 190,000 jobs.ˈ

He noted that what the government had promised for last year had been materialized and for the current year the government has programs and it knows where is going to, and said, ˈWe are moving on this basis to bring the unemployment problem to its knees.ˈ

He reiterated that the government succeeded to control inflation rate despite negative growth.